SUICIDE SILENCE + THY ART IS MURDER + FIT FOR AN AUTOPSY 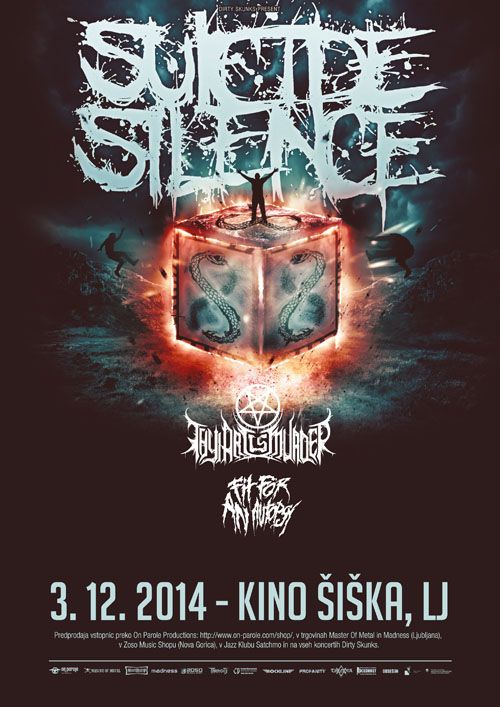 SUICIDE SILENCE has dominated the metal world since arriving on the scene in 2005. Almost immediately, the Riverside natives caught fire and became a five-piece force of destruction, bludgeoning fans across the world with the strength of their two full-length records. It's now 2011 and the band is gearing up for its biggest campaign yet. SUICIDE SILENCE will soon be entering the studio with heavyweight producer Steve Evetts (Dillinger Escape Plan, Every Time I Die, Hatebreed) to create their most substantial piece of work to date. This summer, the yet-to-be-titled record aims to redefine heavy and further the band's dominating force within the extreme metal community. 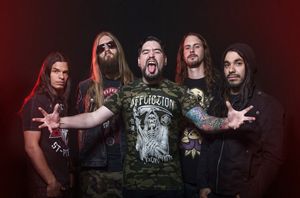 Following a long list of achievements, including a Revolver Golden God Award for ‘Best New Talent’, the band catapulted to the top of the metal world to become one of the most influential and respected young bands around. SUICIDE SILENCE has spread their infectious brand of metal across the globe, taking part in tours such as Vans Warped Tour, the Rockstar Mayhem Festival, Music as a Weapon IV and even the massive Download Festival in the UK. This year will see some of their best touring yet; having already confirmed Graspop, Vainstream, and other major European festivals, the band is now excited to reveal their participation in the 2011 edition of the Rockstar Mayhem Festival.
Clearly reminded of the sheer aggression and captivating performance of the band’s 2008 appearance, the Mayhem Festival has invited SUICIDE SILENCE to return and unleash their punishing brand of metal to the masses. This special 2011 performance will feature a more elaborate stage show alongside an array of new music never previously performed and will certainly be the premier opportunity to witness the band lay waste across the country.
SUICIDE SILENCE has already landed the cover of Revolver, been named one of the ‘100 Bands You Need To Know’ by Alternative Press and shifted nearly 200,000 records in a time where critics claim the music industry is dead. After two highly acclaimed studio albums and countless laps around the globe alongside the likes of Slipknot, Slayer, Megadeth, As I Lay Dying, Mudvayne and more, SUICIDE SILENCE has proven itself to be a truly dominant force in modern metal. Now, the juggernaut returns with its third-full length, which looks to push the extreme metal genre even further into the scope of music fans everywhere. Look for SUICIDE SILENCE to be in your face throughout the year regardless of where you live or what genre you pledge your allegiance to. SUICIDE SILENCE will find a way into your world in 2011 so be prepared to bang your head!
Suicide Silence Website
Suicide Silence @ Facebook
Suicide Silence @ Twitter
Suicide Silence @ YouTube 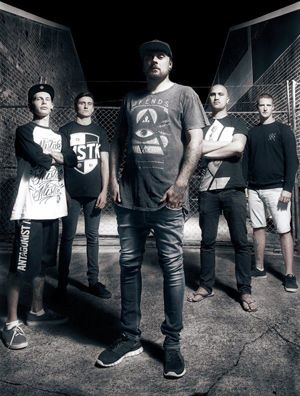 Rising from the unhallowed wastes of Western Sydney, extreme metal outfit Thy Art Is Murder have carved a trail of bloody mayhem since their inception in 2006. With an acclaimed EP and debut album in Infinite Death and The Adversary to their name, the band have traversed the highways and autobahns of Australia, the UK and Europe on a relentless crusade to destroy every venue and audience they can with like minded peers in a who's who of heavy metal.
2012 brings a new ritual offering of darkness from the five piece. Simply titled Hate, the band's second full length is the pointed result of Thy Art Is Murder's growing dissatisfaction with all aspects of modern life - political, religious, social and environmental - everyone is to blame. Fusing the blasting technicality of metal luminaries The Black Dahlia Murder with thunderous breakdowns and the intensity born of their nascent hometown scene; the blackened grandeur of Behemoth and the pit churning groove of Tampa originators Morbid Angel and Cannibal Corpse, the furious musical arrangements provide a bloody canvas for vocalist CJ McMahon's outpourings of bile.
No strangers to stoking controversy and criticism, the band have not toned down their art for the sake of palatability and have introduced a morose melodicism into their maelstrom - the rumination before pulling the trigger. With their best work to date ready to be unleashed on an unsuspecting world, Thy Art Is Murder will once again take to the road to unleash the Hate with one simple message - get in the pit or get out of the way.
Thy Art Is Murder @ Facebook 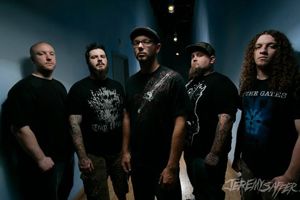 Corrupt politicians, manipulative mainstream media, government surveillance, mass shootings, clean water shortages, religious warfare, aggressive agribusiness, climate change, GMOs and a whole host of mind-numbing problems certainly make it feel like humankind is “going to hell in a hand basket,” as they say. There may be nothing that can be done about it at this point. But at least we have a killer soundtrack.
Fit For An Autopsy’s Hellbound is the perfect score with which to watch the flames rise. Punishing, unrelenting and alternately both heavy and dissonant, the New Jersey metal band’s first album for Good Fight/eOne conjures visions of Nero vigorously attacking his fiddle, even as Rome was engulfed in fire all around him. Esteemed English actor Michael Caine delivers perhaps the best line in Christopher Nolan’s “The Dark Knight” trilogy: “Some men just want to watch the world burn.”
The group’s seething contempt for modern society is rivaled only by the sonic bombardment dropped upon the unsuspecting all over Hellbound, a record that is equal parts challenging and engaging. It’s an album designed to make people feel uncomfortable, while at the same time, counter-intuitively soothed by its catharsis. Criminals, junkies and the systems that fail them; deadbeat parents; poisoned food; BS celebrities and false idols; they’ve all led humanity here. Hellbound draws a line in the sand. It’s a declaration that even it’s all going down the proverbial drain likeminded individuals can take some solace in the expression of shared rage.
Fit For An Autopsy @ Facebook
Ticket pre-sale:
- at On Parole web-shop,
- in Master Of Metal shop,
- in Madness shop,
- through Zoso Music Shop,
- through Satchmo Jazz Club,
- and at all Dirty Skunks concerts!
NO reservations or pre-sale through Eventim!
Timing:
19:00 box office
20:00 doors
20:30 Fit For An Autopsy
21:15 Thy Art Is Murder
22:25 Suicide Silence
Start: 20h
Ticket price in pre-sale: 25 €
FACEBOOK EVENT:  https://www.facebook.com/events/262006117316676/

ONE REPUBLIC ponovo u Ljubljani 09. studenog 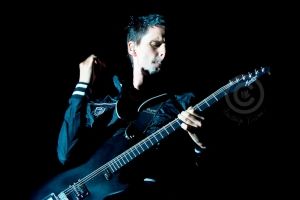 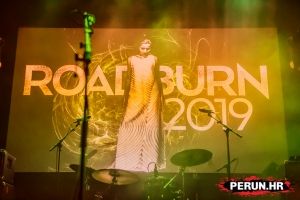